"Sounds from the inside/outside world transformed into broken melodies, vibrating voices, whispered words, an interrupted harmony (fighting). Disclosed is the energy to touch your soul, appearing and disappearing just like a ghost" 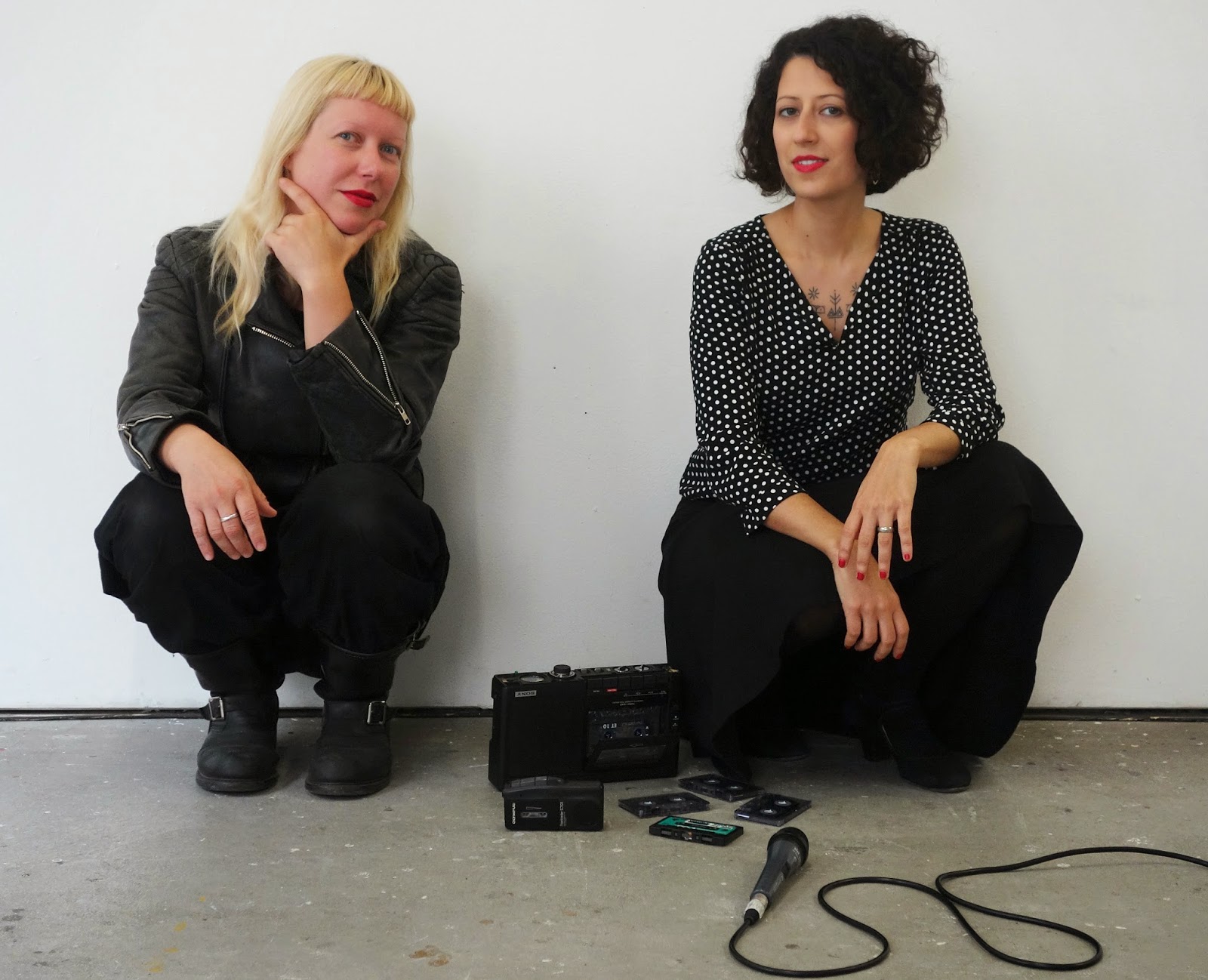 The Performance was Presented at: 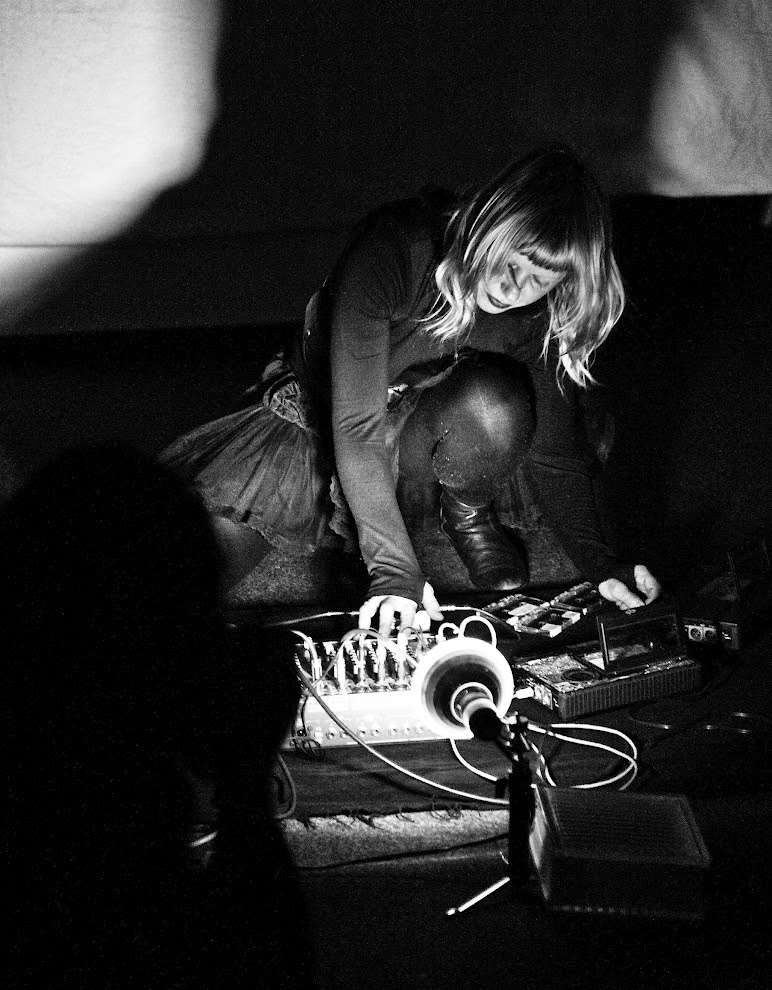 Marta Zapparoli is an Italian experimental sound artist, improviser, performer, musician, researcher. She lives in Berlin since 2007.
After a diploma in Soprano Saxophone, she graduated at the Academy of Art in Bologna Italy. Since 2000 Marta became increasingly involved in the production of experimental radio shows, installations and multimedia theater also under the name of (HOTELNUCLEAR collective)which she is a founder together with Giancarlo Bianchini (MOTUS).
Over the years she has developed an extremely consistent body of work as a solo performer and improviser. In addition Marta Zapparoli takes part in several duo projects and collaborations (playing with Matmos Band, LAFMS Band,  Martin Kuentz, Alessandra Eramo, Julie Rousse, Burkhard Beins, Vinyl Terror&Horror, JD Zazie, Martin Howse, Rinus Van Alebeek, Paul Lovens, Werner Dafeldeker, Mattias Müller, Andrea Neumann, John Duncan, Lucio Capece, Zeena Parkins, Liz Albee, Ignaz Schick, Toshimaru Nakamura and many other established musicians . Since 2010 she is a member of 24-pices Splitter Orchester Berlin.

Her music mainly consists in strongly and intense narrative sonic pieces that she builds using a wide variety of recording techniques, devises and microphones in unconventional way. She records real world sound, representing hearable, even if not always consciously perceivable natural and urban environmental sounds , as well unconventional sounds that are not audible in a classic acoustic environment and noise which disturbs and disrupts the activity and balance of human life. Marta use analog tape recorder and band machine as her main instrument for collage techniques, scratching back and forth, cutting, editing and producing rough sounds.

She released several albums on Umbrella Noise records, Idiosyncratics, Audition Records, Nohmad Records, and Zeromoon.  She was also extensively featured on WDR3 Open Studio Elektronische Musik Deutschland ZDF TV, and a variety of experimental radio broadcasts. In 2006 she received the MOVIN-UP Award for her field recording project An Audio Portrait of Berlin. 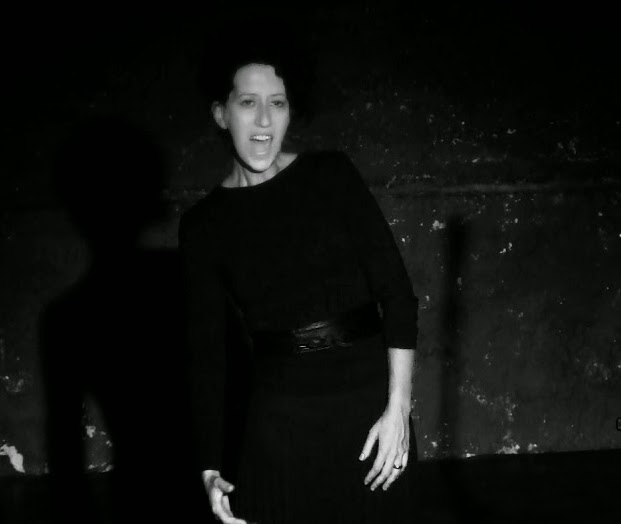 Alessandra Eramo is an artist Berlin who works with voice and sound for performance and composition, as well as drawing, video and installation, mainly focusing on the relation and tension between vocality and writing.

She was trained in classical singing, piano and music theory since an early age, she graduated with honors at the Brera Academy of Fine Arts Milan and at the Stuttgart State Academy of Art and Design. She received a Masters degree from the Faculty of Philosophy of the University Ca' Foscari Venice.

In November 2014 she is invited to perform her work "Roars Bangs Booms - 7 variations for voice and onomatopoeia" at the museum Fluxus+ in Potsdam (with Neele Hülcker and Stella Veloce).

Between 2013 and 2014 Alessandra Eramo curates and participates at the residency and sound art exhibition Correnti Seduttive  (with Wendelin Büchler, Peter Cusack, Georg Klein and Steffi Weismann) in her hometown Taranto, a place with the largest steel plant and the highest pollution rates in Europe.
In 2011 she presented her composition and video "Poetophonie" at the "Italian Pavilion in the World" of the 54th Venice Biennale, commissioned by the Italian Culture Institute of Stuttgart.